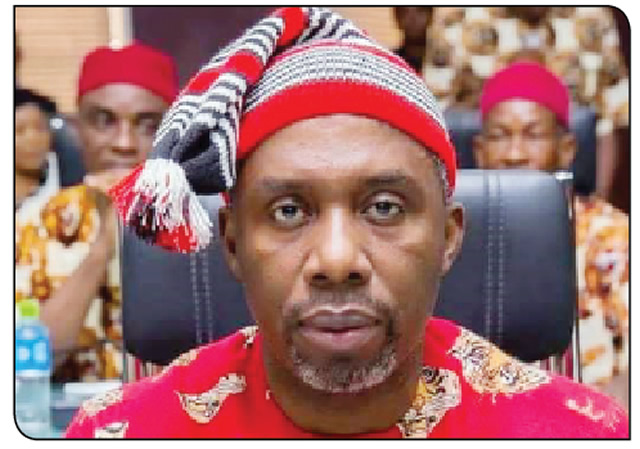 The Anglican Province of Owerri, Imo State, says it will engage the police to find out why it desecrated the church while enforcing the arrest of Uche Nwosu at St Peter’s Anglican Church, Eziama Obieri in the Nkwerre Local Government Area of the state on Sunday during a thanksgiving service.

The church said that while it supports the arrest of individuals who committed crimes no matter how highly placed they are, the invasion of a church of worship by security operatives while service was ongoing was unacceptable.

Nwosu, who is the son-in-law of former Governor Rochas Okorocha, was arrested by policemen at the church for reasons unknown but later released.

The Archbishop of the province, Most Rev Dr David Onuoha, in a statement on Monday, said that the shooting of bullets and dispersing of worshippers had never been witnessed in the over 160 years of the existence of the church in the state.

The statement read in part, “As much as we are not concerned or interested in the reason for this invasion, which is unprecedented in the more than 160 years history of the church in this state, we are gravely worried and disturbed that worshippers were greatly frightened, worried, confused and completely disorganised by the presence of heavily armed security operatives in the church service thereby disrupting the worship of God’s people.

“That the police jumped inside the church in a gestapo style when the service was in full session is reprehensible, primitive, and highly condemnable. We are at a great loss why the police decided to throw caution to the winds and completely ignore internationally acclaimed rules of engagement and civility in this matter.”

The church said the sporadic gunshots outside the building sent worshippers scampering in different directions, signaling an abrupt and chaotic end of the service.

But the Imo state government on Monday apologised to the public on how Uche Nwosu was arrested during a church service.

In a statement by the Imo State Commissioner for Information and Strategy, Declan Emelumba, the government said it holds in high esteem the Anglican Church and the church of God in general.

The statement disclosed that the security threats posed by the development necessitated the manner Nwosu was arrested.

The statement read “The Imo State Government is aware of the futile efforts by some people to whip up public sentiments against it over the arrest in an Anglican Church of Mr Uche Nwosu.

“In this regard the arrest of Mr Nwosu within the church premises could have been avoided and therefore stands condemned. While the government regrets the manner the arrest was made, we wish to emphasise that since it was purely a security matter, the full reason such an action was taken will eventually unfold and perhaps guide the public better.”

He also debunked the speculation that Nwosu was arrested in a church because he had refused to honour several police invitations extended to him.

The aide challenged the police to produce proof that he was invited by the police before the invasion of the church.

The statement read in part, “This is to inform the general public, friends and well-wishers, supporters and Sympathisers that Ugwumba Uche Nwosu, who was abducted by security agencies while observing Church service at St Peter’s Anglican Church Umunwokwe Village Eziama-Obaire Nkwerre LGA has regained his freedom and released unconditionally. He never spent a Night in their custody as every effort was put in place to get him out.

“Recall the ugly incident that took place on December 26, 2021 at St Peter’s Anglican Church as security operatives swooped on him inside the church during the outing service of his mother’s burial and whisked him away amidst sporadic shootings and harassment of the congregation.

“I have spoken with him and he extended his greetings to all of us out there.”

He said the invasion of the church implied that the government of Governor Hope Uzodinma lacked respect for God.