Reach out to those who haven’t had it easy in 2021, Ooni breaks silence after Naomi’s divorce post 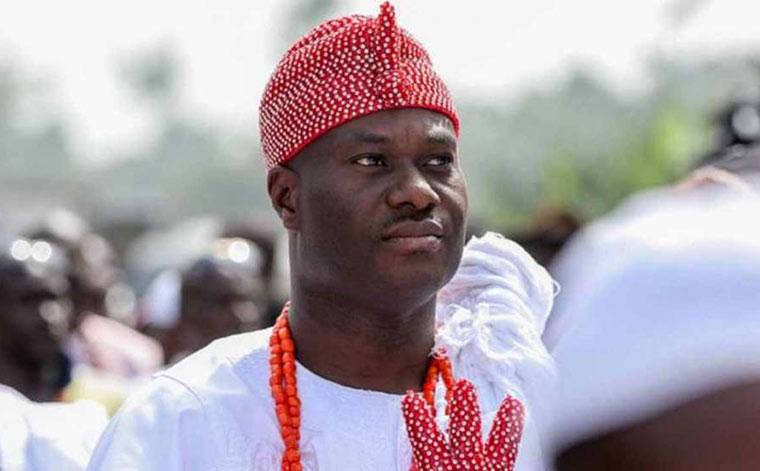 The Ooni of Ife, Oba Adeyeye Ogunwusi Ojaja II, on Saturday night broke his silence on social media when he urged Nigerians to reach out to those who haven’t had it easy in 2021.

The 47-year-old monarch stated this in a post on his official Facebook while wishing Nigerians happy end-of-year celebrations.

He wrote, “I join all and sundry in the joyous occasion of this particular season. As we all know it’s one of joy, celebrations and a deep reflection on what Olódùmarè has done through the year.

“As we do take time to celebrate with our families and loved ones, I implore you to reach out to your neighbours, especially those who haven’t had it as easy through the year.

“It is my prayer that you’ll continue to find strength to celebrate in joy, peace, and abounding love which is the bedrock of this special occasion.

“Royal blessings from the House of Oduduwa and compliments of the season.”

This is the first time the Ooni will speak after his estranged wife, Evangelist Naomi Silekunola, announced her separation from the monarch through an Instagram post on December 23, 2021.

The 28-year-old evangelist also renounced the title of a ‘Queen’, saying she tried to make the three-year union work but the Ooni’s public identity is at variance with “his true self”.

“I did my best to endure and make it work; many times, I smiled through the struggle, but I have finally realised I had just one assignment, my son, and when God is done, He is done. He chose Saul to be king, and when He was done, He told the prophet Samuel I have moved on.

“Religion was never an issue between us…Instead, His Majesty has a picture he would love the world to see and perceive him as and another one which is his true self,” the fair-skinned lady posted on her social media pages.

She then declared, “Today I announce the beginning of a new dawn and the close of a chapter. Today, I am a mother to God’s unique gift. I am no longer a slave to my thoughts of perfection. I, at this moment, announce that I shall no longer be referred to as wife to the Ooni of Ife or as Queen of Ile-Ife but as the Queen of the people and mother of my adorable Prince.”

She later appealed to all parties involved to allow peace to reign because of her son, Tadenikawo.

Before being coronated king, the Ooni was previously married to Adebukola Bombata in 2008 but the marriage failed. As a monarch, the Ooni married Edo-born Zaynab-Otiti Obanor in 2016 but the union lasted for 17 months before their separation.

He later married Silekunola in 2018 and the marriage produced a son before the divorce announcement on Thursday.

The monarch also had a daughter with Omolara Olatubosun as a teenager. Olatubosun gave birth to Princess Adeola Ogunwusi but recently, there have been counter-claims between the Ooni and Olatubosun over who was responsible for the upbringing of their daughter.

Aside from the Ooni, other traditional rulers who had experienced divorce known to the public include the Oluwo of Iwoland, Oba Abdulrosheed Akanbi, whose marriage to his Jamaican wife, Ms Chanel Chin, crashed in December 2019. Also, Anuoluwapo Adeyemi, one of the wives of the Alaafin of Oyo, Lamidi Adeyemi III, parted ways with him in November 2020.