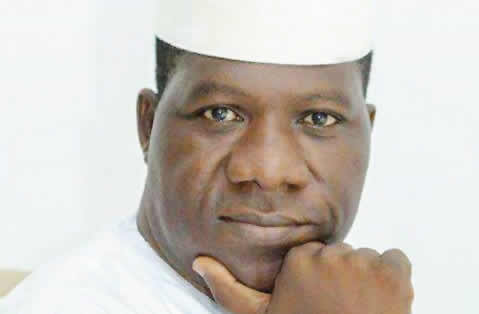 NATIONAL Assembly member and Ekiti State governorship aspirant, Senator Opeyemi Bamidele, said on Thursday that the All Progressives Congress would have an easy win in the June 2022 governorship election, if it elected him as its candidate.

Bamidele described himself as the best to succeed Governor Kayode Fayemi in office in view of his experiences in public service that spanned over 30 years and cut across the executive, legislative and judicial strata.

He spoke in Ado Ekiti while formally declaring his interest in the 2022 governorship on the platform of APC.

Bamidele urged the APC to give him the ticket and win easily, saying, “Ekiti people are ready to vote for me, they are waiting for me already. APC will get these ready votes if it gives me the ticket. So, APC must give the ticket to a popular person who can win the election easily.

“If you give me the ticket, I will make you proud as a governor, I will even make you proud in my scientific campaign and how best to handle the party and give them the respect they deserve.

“I am particularly happy that the party has not endorsed anybody or is under any instruction to impose anybody. I know that Governor Kayode Fayemi won’t do anything that will scatter the party as a leader; I am confident that this will not happen.

“The January 22 primary is not the ultimate, but how to win the June 18 election. I am convinced that the APC State Chairman, Paul Omotosho, is a gentleman; I have known some of you for a long time as men of integrity.

Omotoso, who spoke on behalf of the State Working Committee, described Bamidele as a respectable individual, assuring that the party would not impose any aspirant in the coming primary.