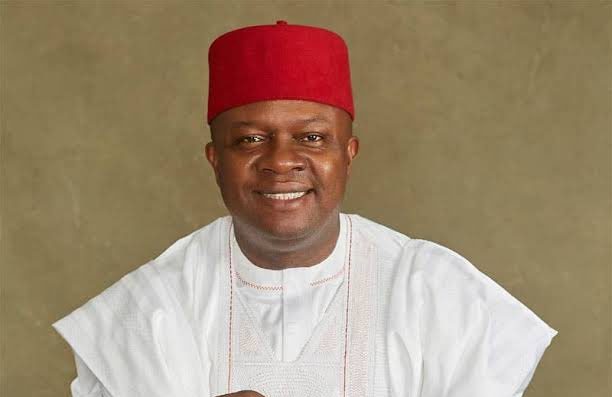 Edo State Governor, Mr Godwin Obaseki, on Tuesday called on voters in Anambra State to secure the future of the state by voting in the Peoples Democratic Party and its candidate, Dr Valentine Ozigbo, during Saturday’s governorship election in the state.

Obaseki gave the charge while addressing party faithful at Alex Ekwueme Square in Awka, Anambra State, during the final campaign rally of the PDP ahead of the election.

Obaseki, who was represented by his deputy, Philip Shaibu, urged the voters to cast their vote for the PDP’s candidate and his deputy, who have the capacity to change the situation of the state.

“Do not be afraid to come out on Saturday to cast your vote and do not vote for retired politicians who have nothing to offer the people of Anambra State.

“The man to vote on Saturday is Dr Ozigbo and the party to vote for is the PDP,” he said.

On his part, Delta State Governor, Ifeanyi Okowa, said the success of the just-concluded PDP national convention was a pointer to the readiness of the party to rescue Nigeria.

He noted that the election is all about the youth who have a vital role to play in rescuing the state and Nigeria, adding, “Let us all come together in unity, putting aside the bitterness from the primaries, and mobilize youths, men, women and all citizens of the State to cast their votes for PDP.”

Also, Oyo State Governor, Seyi Makinde, said the governorship election was not a choice between good and evil, but a choice of the best candidate for the election, which is Ozigbo of the PDP.