Nobody can sack me from PDP, says Iwuanyanwu 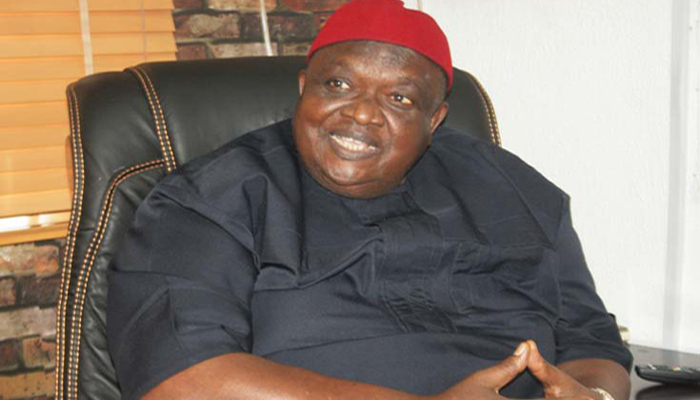 Elder statesman, Chief Emmanuel Iwuanyanwu, on Tuesday, said nobody can sack him from the Peoples Democratic Party.

Iwuanyanwu, who said that he is a life member of the Board of Trustees of the PDP, said he had committed his time working for the success of the party.

The elder statesman said his role assisted the PDP in being announced as the winner of the 2019 Imo State governorship election.

Speaking when he received in audience the caretaker committee of the Imo state chapter of the Nigeria Union of Journalists in his office in Owerri, the party chieftain said he was made a life BOT member of the PDP because of his committed role in growing the party.

He said, “I did not say I regretted voting for the PDP during the Imo state governorship election in 2019.

“I did not also say I regretted voting for an Owerri zone man during the 2019 governorship election. I was quoted wrongly in the media and, because of this, a pack of riffraff has been calling for my sacking from the PDP.

“No riffraff can sack me from the PDP. I am a life BOT member of the PDP.  I know the prominent role I played in making sure that the party won the 2019 Imo governorship election.”

Earlier, the chairman of the caretaker committee of NUJ in the state, Precious Nwadike, said that the union was happy with the elder statesman’s role in maintaining peace in the society.