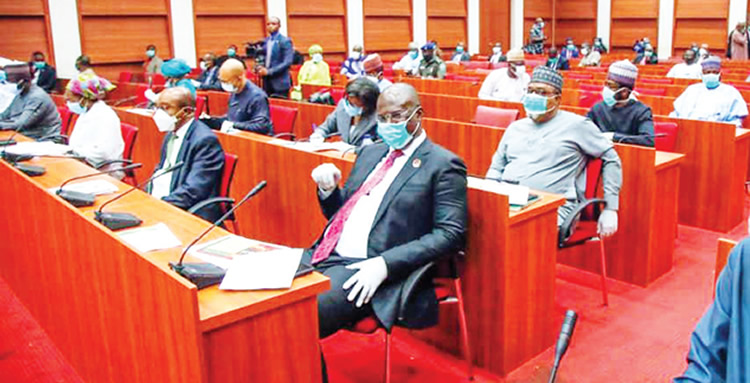 The Senate Public Accounts Committee has again summoned the management of the Nigerian National Petroleum Corporation over alleged non-remittance of N4.07tn to the Federation Account between 2010 and 2016.

The management of the NNPC had appeared before the Senate panel penultimate week to explain how the N4.07trn was spent.

The firm had presented a written response which stated that the money was expended on oil pipelines repairs, heavily subsidised domestic fuel supplies, security and management matters.

The committee however asked the NNPC to provide it with the required details within a week so that the panel would either vacate or sustain the query.

The Chairman of the Committee, Senator Mathew Urhoghide, told members of the panel at their session on Friday that although the NNPC had submitted the required documents, its officials still needed to appear before the committee.

He said the management of the NNPC would give oral evidence and defend some of the claims in the documents they had submitted.

Urhoghide said, “We will give the NNPC till Wednesday or latest Thursday to appear before us for their oral defence.”

The NNPC had in its written response to the committee claimed that the unremitted N4.07tn was arrived at without taking cognisance of the subsidy and pipeline repairs and management associated with domestic crude oil transaction.

Meanwhile, the committee has also summoned the managements of the Petroleum Products Pricing Regulatory Agency and that of the Department of Petroleum Resources concerning the query against them from the Office of Auditor General for the Federation.

The Senate panel also sustained the AuGF query against the NNPC, the DPR and the Federal Inland Revenue Service over an alleged unauthorised deduction of N1.5tn from the Federation Account.

The report of the AuGF, currently being scrutinised by the Senate panel, indicated that only the Nigeria Customs Service remitted the funds it generated to the Federation Account before necessary deductions.